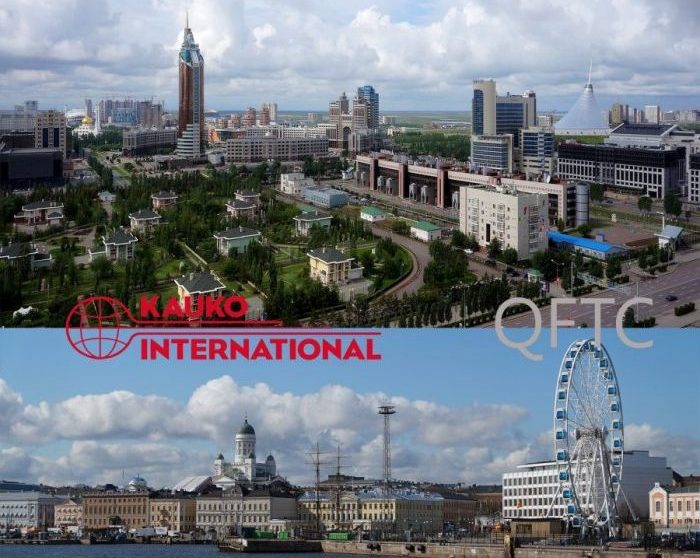 KaukoInternational Oy introduced a newly found QAZ-FIN TECHNOLOGY TRANSFER CENTER on the 23rd of November in a launch event which gathered together prestigious authorities and business partners from Finland and Kazakhstan. This year Finland and Kazakhstan celebrates 25 years of co-operation between the two countries and on top of that the beginning of a new kind of synergy in the field of green technology and sustainable solution.

The newly launched Center is part of this co-operation. Qazaq-Finnish Technology Transfer Center (QFTC) is a public benefit corporation aimed at bridging the technological gap between Finland and Kazakhstan (Qazaqstan).  QFTC is created at the initiative of the governments of the two countries, under the auspices of the Ministry of Energy of the Republic of Kazakhstan.  QFTC shall be incorporated at the newly established Astana International Financial Center, governed by the British Law and located at the site of the recent EXPO-2017 in Kazakhstan’s capital.  QFTC is put together by KaukoInternational – a prominent Finnish corporation that has been representing Finland’s innovators abroad for many years already.

QFTC will help Kazakhstani companies identify areas where innovative technologies from Finland will have the most monetary, social and environmental impact and will help adapt those technologies locally.  Its aim is to transfer engineering and academic knowledge as well, and ideally localize production of select equipment.  For this, KaukoInternational is bringing leading Kazakh universities aboard QFTC.  In fact, a delegation from Gumilyov Eurasian University attended the reception.  To further aid the transfer of technologies, QFTC will feature a mezzanine fund that will provide intermediary financing to Kazakh beneficiary companies to overcome technological risk and shortage of capital.

Beside work with Kazakh and Finnish corporations and academia, the Center will be publicizing its success stories, and making the most of its experience by suggesting the Government of Kazakhstan via the Ministry of Energy ways, in which better regulation can improve pace of innovation and transfer of cutting-edge green technologies in the country.

Vladimir Oleschenko, the CEO of KaukoInternational Central Asia states that “QFTC is not just a center, or fund, but it is a new way of implementing Finnish know-how with creation of JV, increasing human capital and improving growth of GDP for both countries. In the future Kazakhstan will be the most innovative country in the region and become a platform for Finnish companies to expand in the whole Eurasian continent, and get closer to customers and local markets as well.”

Watch our video of the QFTC below!